On writing vs. art directing 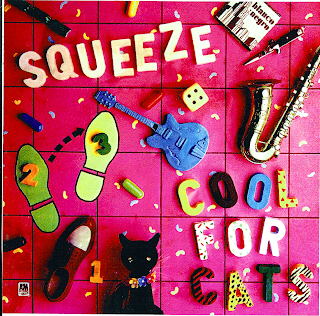 On Writing vs. Art Directing

People in the ad business ask me one question a lot: What’s the main difference between art directing and writing? My answer is that both have their pleasures. And their pains.

To make a living as an advertising and web writer, you end up having to do a lot of research.

As an art director, you don't have to get as involved in the nuances of the product, but you need to be extremely fast, good at soaking up new software and highly skilled at archiving in an intelligent manner.

There’s a golden lining to each. Art directing is inherently cool. Writing’s possibly not as cool, but you're definitely being hired for your thinking power.

Why did I switch?

I went from being an advertising art director and crossed the fence to writer in the summer of 2001 after secretly practicing with text for a long time. In reality, I had been writing ad headlines ever since I won an award at Point Grey High school, a few decades ago. Writing wasn’t that difficult for me (my father was a university chief librarian and my mother edited travel guides, for God’s sake). People in cities other than New York seemed to readily accept it if simply told them that I was a combination writer/art director. Ultimately, I decided I wanted to swop roles completely. The reason was quite simple: I was ready for different challenges.

What did it take?

I had to find a whole new set of clients who didn’t know that I’d had a former life and would therefore look upon me as a bona fide writer.

When did the agency people from my past start to accept me as a writer?

When I got nominated for an U.K. literary writing award, the Debut Dagger things got a little easier.

The Debut Dagger. What is it?

My mystery novel, All the Wrong People, was put on the short list for a 2008 Debut Dagger, a UK award for unpublished mystery authors. The Debut Dagger is a competition and is based on your first 3000 words.

The novel is still unpublished. I sent it to several agents. One agent lady didn’t like the opening sentence, the plot, or the characters. I discovered that I hate rejection letters. But I'm working on something new.

At any rate, the nomination seems to have given me a certain amount of credibility when I’m trying to clinch advertising work.

If you have thoughts on advertising versus writing, email me atPeter@PeterWatsonWorld.com. I may set up a discussion thread.

• Finding Clients in the New Economy – My ongoing saga

• The Fine Art of Camel Riding – Anecdotes from the trip my wife, Kathy, and I took to Egypt, wherein we were locked inside the great tomb of Giza

• My New Clients – What kind of work am I doing, for what businesses/orgs?

Blogging is a new thing for me.
On the other hand, I've been reading other peoples' blogs and recommending them in my column for The Noose, the Mystery Writers of America's New York newsletter, for countless months.
I'm starting the blog largely due to advice from friends. Many of them think I do a lot of interesting activites, and they advised me to blog as as facet of my search for advertising and web copywriting work.
You can expect to see my commentary on a number of topics that will include advertising, travel, books, snowboarding, culinary art, wine, roof gardening and anything else that interests me. Eventually I will learn how to insert videos, travel slideshows and literary snippets.
I hope you'll find my site entertaining and worth visiting every now and again, or often.
Posted by Watson at 12:21 AM No comments: 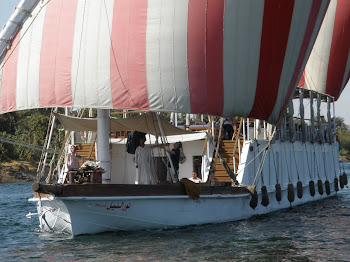 Voyaging like Napoleon on the Nile. The kind of trip my wife and I take whenever possible.